Let us take a dip in the sacred river,
To understand the meaning of stagnant shiver,
For us to realise the bones go quiver,
The river is a quiet believer.

Teaches us to held our heads high,
With the spiritual thoughts shining like a kite,
Not to lose the cool with the changing sigh,
She’s watching you with the same wide smile. 😊

Are you sure or certain about where are we going? You sure, Nikhil? Someone whispered. Don’t guess who but feel. We live our lives looking at life through the window. Isn’t it? A reflection of everything we want to be, everything we want to achieve and all we see is a haphazard or a straight road ahead. We are never certain about the second to come, let the three decades to pass. But, looking through the window, through those uncertainties, we learn to live our lives in undying hope. I think so? Maybe you too. Embedded in those uncertainties is the fear of things going wrong, of not earning worth the hours you toiled everyday, fear of meeting failures. You fight through the bad days to earn the best days of life. I did. I can tell you that.

A bit, nostalgic of the past you lost, certainties about the future to come, paused momentarily in the present.
Embrace those uncertainties, I say. Title your chapters your way and give the name of your book by yourself. You’ll see a better and more lovable you. I had my favourite chocolate and tasted the sweetness of your and my thoughts with a positive connect. But, who brought the chocolate? 😉

Today was my first day at “Apna school – PS Manjud, Chamba, T.G” (My school as we call it i.e. The Primary School, PS) and as usual the experience was very good. Today was something different, as past two days I was asked by the Head Teacher of PS Manjud, Chamba to teach children, but today I sat down with a copy and pen just to learn how the teachers are teaching and learn the basic environment of children and their mind-set towards mine.

I somehow observed the playful environment of children and tried to understand their basic psychology towards everything.

Understanding the basic psychology is very difficult while I got nearly 10% of it and will learn the rest while I progress more on the school visits. It’s quite interesting at the same time to understand what a child goes through of what s/he sees.

For instance, some children were looking at me when I was penning down the activities and some were hanging on my hands as a playful activity. So, it’s quite interesting as in: some children were happy, some were a bit serious seeing me and my observation as since two days I was playing with them, so it was a bit strange – for them!

Session with the children: A poem recitation

Post lunch, I sat with the children and asked them to recite any poem or any story whatever they liked. Kaajal – a 4th standard student told “hare and the tortoise”. Everyone supported with some actions in telling the story and we also enjoyed a lot.

I too recalled a poem “Johny Johny” and recited it with some of the actions – as far as, I could act. They knew what actions should follow the poem so I was interrupted in between by saying – “Nikhil Sir, you are doing the action wrong i.e. for eating sugar, you should bring a sugar plate” that was a quick laugh as I could recall and I laughed till the end.

I also recalled “Machli jal ki rani hai” (Fish: The queen of water) and somehow succeeded in remembering the latter lines of the poem and did the actions without any problem. The children laughed a little but later they also formed a group next to me and said Sir once again and one another poem. So, what I did next was took their book and recited another story and thought to be a storyteller for some time with actions and drama – a little bit for all I could act.

It was actually a fun seeing all the children enjoying with me and sitting next to me like a panchayat in a village. It felt very good. For some time, I thought am I reciting/telling anything wrong? But no, I wasn’t correct! I was telling them the stories with that eager that something might happen next, so that was the zeal amongst all the children.

The teachers also witnessed how the children got engaged and encircled me like a parent. They told me – that’s a good idea to be with the children and getting them engaged. 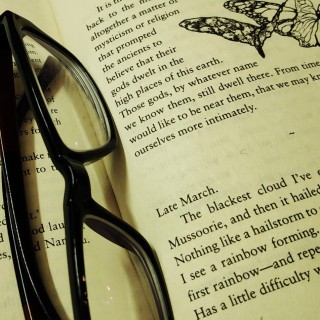